Someone once said, “Within the margin is where your opportunity lies.” Those of us in dairy know this all too well.  Dairy farm families must balance their income carefully against their expenses, and any slight change on either side of the equation can drastically impact their margin. The current year in which we are living is a good example of how important the margin is.

USDA just announced the May margin under the DMC Program. The All-Milk price reported for May was $19.20 per cwt., the highest since November 2020. Yet, most dairy farmers would probably agree that margins are not any better right now on the dairy farm than they were a year ago. In fact, in many cases, they may be worse.

That is because higher milk prices are not equaling higher profit margins on the farm right now. Despite a $19.20 All-Milk Price, the May margin was announced at only $6.89 per cwt., down nearly $4 from the last time when the All-Milk price was announced in the $19 range. The difference is due to increasing feed costs on most farms right now. The USDA Ag Prices report showed an average price per corn in May of $5.91 per bushel and an average blended alfalfa price of $210 per ton, which were both the highest prices listed since this round of the DMC Program began in 2019.  Soybean prices were reported at $421 per ton in May, which was the highest price reported since the program began.

These record prices are driving up feed costs on the farm significantly, with the USDA reporting that final feed costs for May were at $12.31 per hundredweight, up nearly $4 from a year ago and the highest listed since this round of the DMC Program began. That means that the milk prices a farmer receives would have to be $4 higher than it was a year ago for dairy farmers to receive the same margins they did last year if all other inputs were the same. 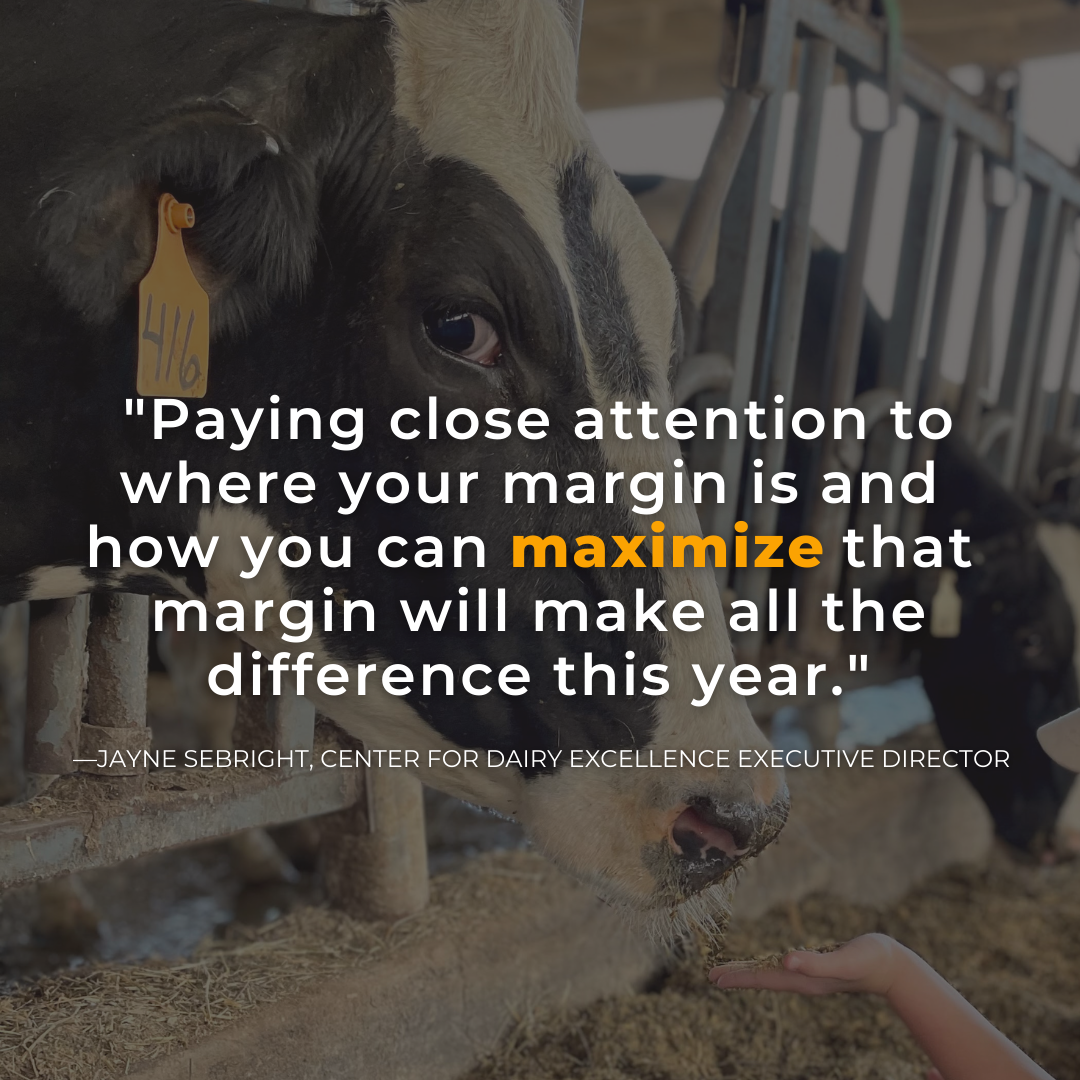 We all know, though, that other input costs are not the same as they were a year ago. In addition to feed costs, the costs for fuel and fertilizer have risen significantly. Land rent values and custom farming costs have increased as well, with higher fuel costs and more demand for land driving up those prices. So, what does this mean for the average dairy farmer in Pennsylvania? Paying close attention to where your margin is and how you can maximize that margin will make all the difference this year.

There is no doubt that higher feed costs will challenge dairy farm profitability margins in 2021. Managing during periods of low margins can be tremendously challenging. But good dairy managers have learned that tough times do not last. Hopefully, you’ll find these strategies and others helpful in improving your efficiency and better positioning your business for when stronger margins return.