The tide is starting to shift in the dairy industry. The July USDA Milk Production report shows US milk production flat year-over-year at 18.3 billion pounds, with 82,000 fewer head than were in the nation’s dairy herd a year ago. Milk production per cow is still growing, up about 0.8 percent or 16 pounds from a year ago, but it’s starting to slow.

Declines on the product side also exist. USDA recently reported manufacturers’ stocks of dry whey for human consumption at 63.3 million pounds as of the end of July, down 15.7 percent from a year ago and at its lowest level since November 2016. Total cheese stocks are also down, falling 1 percent from August and 3 percent below year-ago levels to 1.364 billion pounds. Butter stocks are still increasing, up 1 percent from June and 3 percent higher than last July.

Still, signs of a decreasing supply are evident. So why haven’t we seen significant increases in the milk futures prices recently? Basic economics tell us that when demand outpaces supplies, prices will increase. But with uncertainty in the global dairy markets, serious concerns exist on the demand side of the equation.

Recent data from the USDA shows domestic demand for most dairy products except fluid milk is growing. Domestic commercial disappearance of dairy products was up 2 million pounds month-over-month to 584 million pounds in June. However, our industry depends heavily on the amount of dairy sold to markets outside our borders. 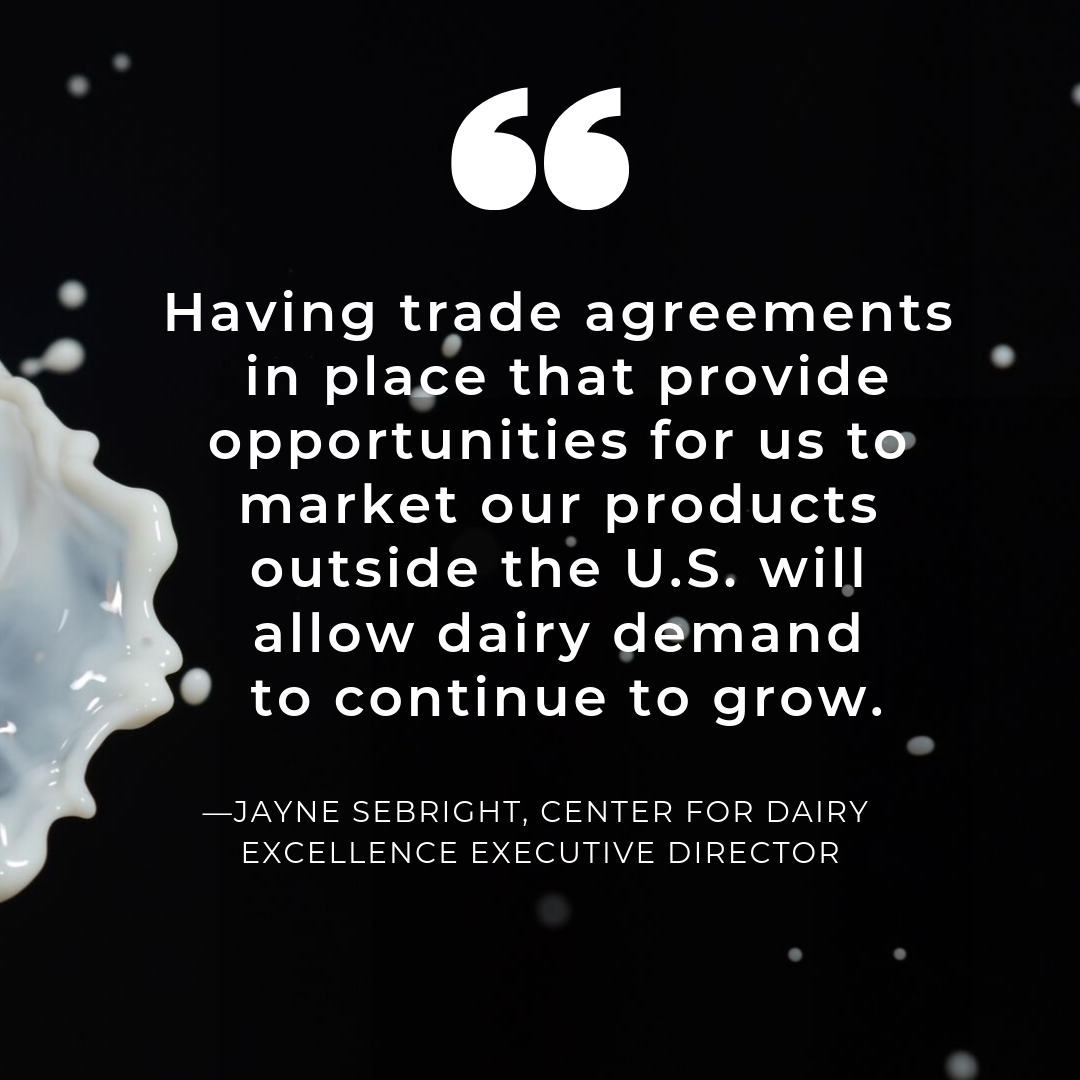 Export data through July 2019 was recently released, with dairy exports increasing 12 percent year-over-year in July. Most of the increase in exports during July came from increased sales to Mexico, which were up 30 percent from a year ago.

Although July’s numbers looked positive, the year-to-date numbers were more challenged. The total volume of dairy exports marketed in 2019 so far is down 13 percent year over year, with butterfat exports down 40 percent and whole milk powder exports falling 29 percent. Cheese exports are still strong, up 3 percent year-over-year with Mexico’s imports of US cheese up 16 percent in July alone.

US exports into the Chinese market fell 43 percent in the past year, though. Trade disputes resulting in China’s retaliatory tariffs, along with the spread of the African Swine Flu affecting China’s pig population, had a significant impact on China’s imports from the US. With China’s economy continuing to grow and the population at 1.4 billion people, the potential exists for it to become a significant importer of dairy. But the US must continue negotiations with the country to take advantage of this opportunity.

Although negotiations with China have broken down, the US has made progress with other key countries. The US-Mexico-Canada Agreement (USMCA) was signed in November but must be ratified by lawmakers in all three countries. Mexican and Canadian lawmakers have already ratified the agreement, but it hasn’t been presented before Congress yet. Many businesses across the country are urging lawmakers to ratify the agreement as quickly as possible.

For dairy alone, the International Trade Commission has estimated that $314 million in expanded sales to Canada, Mexico and other global markets could result from the provisions outlined in the USMCA. The US Dairy Export Council estimates this could enhance farm revenues by $548 million over the first six years of implementation.

Although these are predictions, there is no doubt that we live in a global marketplace. What happens in other parts of the world, like the African Swine Flu Outbreak in China, can have significant impacts on the price we receive for our product. Having trade agreements in place that provide opportunities for us to market our products outside the US will allow dairy demand to continue to grow.

National dairy groups are encouraging farmers to reach out to Congressional delegates to remind them how important trade is to the dairy industry. Many of these delegates are concerned by the ongoing challenges that farms have faced recently and want to help, but they don’t often realize how critical trade is to strengthening milk prices in the US. If you are interested in reaching out to your local delegates, visit the National Milk Producers Federation’s website to find resources that can help.