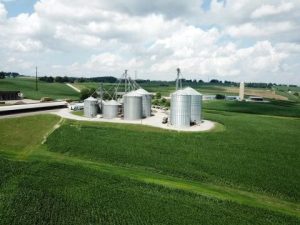 In the Center for Dairy Excellence’s latest episode of the “Cow-Side Conversations” podcast, Tom Barley, a dairy producer from Star Rock Farms in Lancaster County, Pennsylvania, shared how their team concentrates on the smallest details to achieve peak herd performance and production. He described their goals for employee culture, nutrition, reproduction and genetics, cow comfort and ventilation to maximize herd performance — and the importance of remaining open-minded to new perspectives from consultants.

Tom opened the podcast by describing the size and scale of his family’s dairy operation, which is an equal partnership between Tom, his brother Rob, and his cousin Abe. Together, they have 1,750 cows in their herd as well as 1,650 heifers and calves on two other facilities. They also have cash crops and beef cattle as additional enterprises on their operation. While Tom manages the dairy, Abe manages the crops, and Rob oversees the finances, they also have a team of employees who are responsible for herd health, milk quality, animal care and more. Being detail-oriented to achieve their high performance goals are part of the culture they have created at Star Rock Farms.

“We’ve set the standard and culture that [our team] is going to work fast, they’re going to work hard, but they’re going to do it right. If that starts to slip when you have a new employees, it’s hard to get back. Make sure you set a culture, and don’t let it go backwards,” Tom shared in the podcast. “In terms of employees, you also have to make sure you have the right people in the right seats. Just because someone is a good cow manager doesn’t mean they’re a good people manager. They might be good crop guys but they may not be good with cows. Making sure they are in the right seats will make your farm the best it can be.”

To help the herd achieve peak performance, Tom shared how they group their cows at each stage. After leaving the fresh pen, older cows go to one of two mature high-cow groups for second lactation and greater. They also have a late lactation group as well as two first lactation fresh cow groups. A unique decision they have made in the last two years, which has affected grouping with their first-calf heifers, is mixing some Jerseys into their Holstein herd.

“In the last two years, we have added Jerseys to our Holsteins. We’re milking about 200 Jerseys now. We did that to combat the base system, and it has worked out really well,” Tom shared. “I’ve always wanted to see how well the Jerseys would do, and we seem to be getting really good butterfat. With the way they’re paying for butterfat, it has been very profitable for us.”

In the transition stage, their team puts the cows in a far-off dry cow group and a close-up dry cow group. For the close-up group, they have found success by giving the cows a choice between free stall or bedded pack since they struggle to keep the pre-fresh area big enough.

“I know it goes against what some of the experts say about bunk space, but I feel like space to lay down for a dry cow is more important than bunk space. We try not to overcrowd, but that’s one reason for the mix of freestalls and bedded pack for our dry cows. With a bedded pack, there’s always a chance for a cow to lay down and be just as comfortable,” Tom explained. “Over the years, I think it’s made a difference with our transition group. We’re able to handle the slugs, put more cows in the pen and give them a place to lay down.”

In terms of nutrition, Tom says their far-off dry cow group has a different diet compared to the pre-fresh dry cows. They aim for a high-forage dry cow diet and believe the intricate details, such as chop length, make a significant impact.

“If your hay or straw is too long and isn’t chopped right, your cows are just going to sort it and not eat it. It’s not going to do what it should. We try to have it chopped to one inch, and that’s the way we want it,” Tom added. “Staying on top of the little details like that and making sure someone is checking feed every day is important. It’s even more important in that transition period.”

As they move cows from group to group, they utilize an SCR cow activity monitoring system to help monitor and adjust the feed during each state of lactation. The technology also helps them monitor breeding, rumination, and potential health and metabolic issues for the herd. Especially with their fresh cow group, Tom says the monitoring system has helped them pinpoint the best time to move specific cows.

“They typically stay in the fresh group for 14 days or longer if they’re not doing well. The SCR system has really helped us know when to move that cow. We might move some out in 4-5 days now,” he explained. “We can see milk production on top of rumination. It helps us move cows out sooner. If she’s milking well, she’s ready to go on that higher energy diet. In turn, it has helped us not to overcrowd our fresh pen as much.”

In addition to their housing and grouping strategies, the Star Rock Farms team focuses on cow comfort and ventilation, including the small details like keeping stalls dry, keeping sand beds raked, maintaining fans and sprinklers, and putting out extra water bowls in the summer when the cows leave the holding area. With the farm being located near the Susquehanna river, Tom says they have natural ventilation that helps keep the herd comfortable, too.

Reproduction and genetics are also key parts of their production goals. Their strategy involves building a mature herd to achieve high production, with a target of approximately 72 days for getting cows bred back and 155-160 days in milk.

“One thing I’ve learned is that reproduction is really what’s going to drive production. Keep the days in milk low, and we want those cows bred back. The more older cows we can get in the herd, that’s what is going to help us,” Tom said in the podcast. “We want [to optimize] that ratio of older cows to first lactation cows. It kind of goes without saying, but we lost sight of that a little bit. We had so many heifers before.”

As Tom and his team have grown the herd and established a culture of excellence over the years, they have worked with a team of consultants to stay open-minded to new perspectives. In addition to nutritionists and veterinarians, Tom works with consultants to improve team dynamics across all levels of management. They also work with their accountant on benchmarking to compare their labor costs and feed costs, for example, to other farms in their area.

“We also have a consultant who is very good on the economics side and looking at the numbers. They evaluate trends so we can fix them before they become a problem. This person is very good at organizing information and analyzing it. I think it’s important to have someone who’s doing that for you,” Tom shared. “The best consultants won’t tell you what you want to hear. They tell you what you need to hear. Listen to what they say and don’t try to defend what you’ve been doing. It’s easy to do that because nobody likes to think they’re screwing up. But it goes a long way if you’re trying to fix a problem.”

Being able to work closely with consultants and employees, and collaborate to accomplish their goals, is what Tom says has helped them achieve their performance and production goals.

“I always [joke] that it’s a lot easier talking to cows than it is managing people. But I enjoy accomplishing goals with a team of people… and there are not many farms anymore that can do everything themselves. If you want to be successful, you have to rely on your employees,” Tom added. “You can accomplish so much more by coaching them and helping them get better. If a coach wants to win, he has to make his athletes better. He has to have plans. [Dairy farming] is very similar that way.”

To listen to the full podcast interview, visit www.centerfordairyexcellence.org/podcast. The podcast is also available on Spotify, Apple Podcasts, and Amazon Music. With a new episode released each month, Tom’s interview is the 12th episode in the second season. A new season will begin next month with more stories from PA dairy farmers. The podcast was designed to share real-time farmer insight, tricks of the trade, and inspiring stories from dairies across Pennsylvania.