Every year in February, we celebrate Presidents’ Day. It provides an opportunity for teachers to share wonderful stories about our forefathers with their students, people to joke about those funny “President legends” you didn’t learn in class, and for businesses to have one last sale after the holiday rush. It’s also a time to reflect on the values and principles that make our country great.

When you look back on the history of our country, we have been shaped and inspired by many great leaders. They weren’t all Presidents, but they all had one thing in common: they inspired people to follow them. Whether it is the pastor at your church, the mayor in your town, the CEO at a Fortune 500 company, or the manager on a farm, a great leader can make the difference between success and failure, moving forward or crashing down.

I recently attended a seminar led by Marcus Buckingham, who wrote A Freethinking Leader’s Guide to the Real World: Nine Lies About Work. In the seminar and his book, Marcus took nine concepts that most of us would say are steadfast principles of leadership and completely dissected them to get at the reality behind watered-down mistruths.

Marcus and his colleagues researched various workplace environments. What they found was that it’s not the company’s culture that drives performance, but rather the leader’s ability to recognize and build on the unique strengths of those vested in that culture. To me, their findings could also easily apply to a culture on a dairy farm or in our industry. 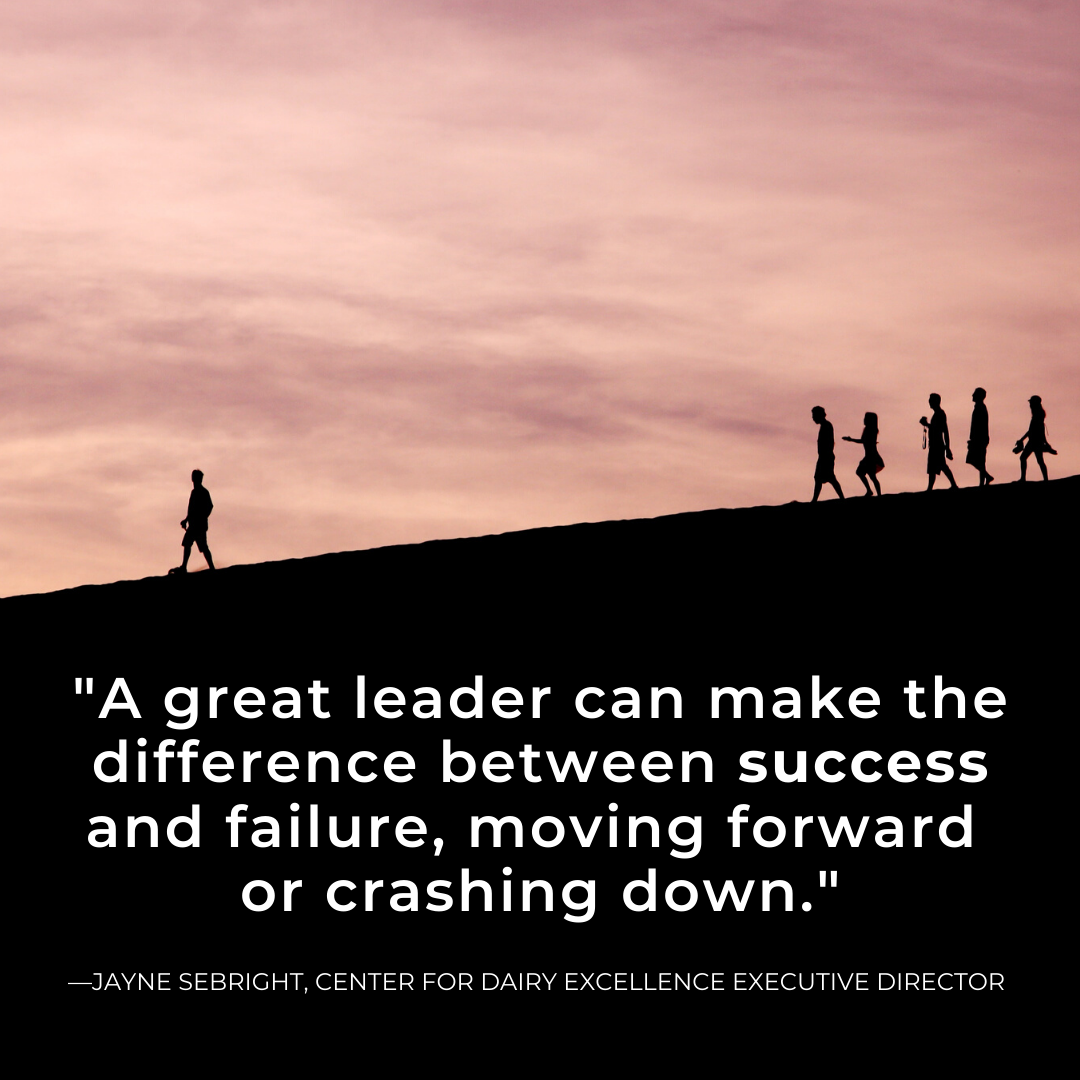 Here are a few of my favorites “lies” that he shared.

So, sit back and think about where you have a leadership role – whether it’s on your farm, in your church, in your community, or within the industry. Ask yourself what you are doing to inspire people to follow you. Are you listening to them, are you giving them the information they need, and are you taking the time to build a relationship with each of them? Do you see their momentum or just their potential? And, ask yourself, what is your vision to inspire them?

Someone once said, “The mediocre teacher tells. The good teacher explains. The superior teacher demonstrates. The great teacher inspires.” As we look back in history, the same can be said about any great leader. To learn more about Marcus Buckingham’s approach to leadership and his ideas on how to inspire others, you can go to freethinkingleader.org.