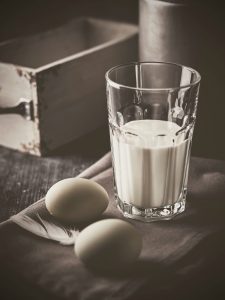 Each year in Aug/Sept., the USDA releases fluid milk sales and per capita consumption data for the previous year. The data is appended to a spreadsheet that shows historical numbers since 1975. It is quite interesting to look at the data and see how consumption and sales have changed over time. Some of the data is discouraging while other data is very positive. The numbers from 2019 continue this trend of mixed positives and negatives.

Fluid milk sales data is separated into eight categories including whole, reduced-fat, low-fat, skim, flavored whole, flavored other than whole, buttermilk, and eggnog. Eggnog sales are seasonal, but it is interesting to see how much of that category is enjoyed around Christmas. Fluid milk sales, overall, during the 45-year timeframe are down. In 1975, total fluid milk sales were 53.3 billion pound but dropped to 46.4 billion pounds in 2019. This represents a decrease of 13% in 45 years. However, there are some recent success stories.

The industry has made some real gains over the last several years. Yes, fluid milk sales were down again in 2019, but whole and flavored whole milk sales have been increasing for several years. The fact of the matter is, per capita consumption of dairy is the highest it has been in several decades. Remember, every pound of milk cleared from the market, regardless of its form, benefits your milk check. The industry will turn fluid milk consumption around eventually.

The science for the health benefits are there, but it will take time for the average consumer and health professional to understand and accept it. In the meantime, keep in mind that over 95% of the households in the U.S. purchase dairy products.