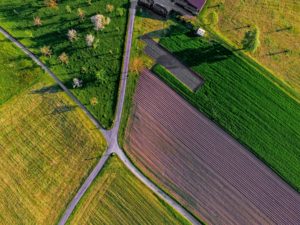 Nominate a Dairy Producer from the Southeast Region of Pennsylvania

The Center for Dairy Excellence Board of Directors is requesting nominations for a dairy producer from Southeast Pennsylvania to fill an open board position. After reaching the two-consecutive term maximum set by the organization’s bylaws, Donald Risser from Bainbridge, Pa., will vacate his position.

“Don’s leadership has been instrumental to the Center’s ability to empower the Pennsylvania dairy industry and create partnerships across the various sectors of the industry,” said Mark Mosemann, Chairman of the Board of Directors. “The Center’s Board of Directors and staff have greatly appreciated the input and expertise Don has provided over the last six years.”

The Center’s Board of Directors must agree to serve a three-year term and may be re-elected for an additional term. The 16-member board guides the work of the Center for Dairy Excellence, a non-profit organization that fosters collaboration across the industry and provides resources to strengthen Pennsylvania dairy farms.

“As we work to grow the profitability of Pennsylvania dairy, we are seeking nominations for a dairy producer to represent the Southeast region of the state. The board position is ideal for an individual who is passionate about the future of our industry and wants to help shape its direction,” Mosemann added.

The individual selected to the Center’s board may be asked to serve on a committee. The board meets four times a year, with committee meetings held once or twice a year. Board members are elected by the current Board of Directors during the annual board meeting, scheduled for December 11, 2019.

To nominate a dairy producer to represent the Southeast region, please send the individual’s name, contact information, and a one-paragraph statement about his or her background to Jayne Sebright, executive director, via email at jsebright@centerfordairyexcellence.org or fax to 717-705-2342. Individuals may nominate themselves. Nominations may also be submitted by mail to Center for Dairy Excellence, Attn: Jayne Sebright, 2301 North Cameron Street, Harrisburg, PA 17110.

All nominations should be received by the Center for Dairy Excellence no later than October 1, 2019.

Learn more about our Board of Directors.